Iran Expects Confiscated Oil Cargo To Be Returned In Full

The case arose when Greece in April impounded the Iranian-flagged Lana, formerly Pegas, with 19 Russian crew members on board, near the island of Evia due to European Union sanctions. 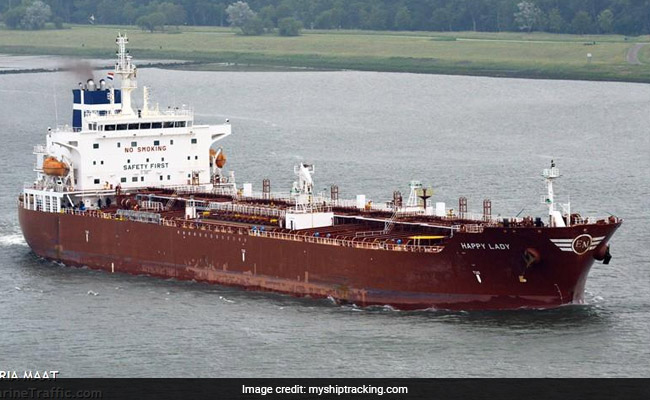 Iran expects an oil cargo confiscated by the United States off the coast of Greece to be returned in full, Tehran's ambassador to Athens said on Thursday, following a Greek court ruling quashing the original decision to confiscate it.

The case arose when Greece in April impounded the Iranian-flagged Lana, formerly Pegas, with 19 Russian crew members on board, near the island of Evia due to European Union sanctions.

The ship was released due to complications over its ownership. The United States in May confiscated part of the Iranian oil cargo onboard, transferring it to another ship, following the initial Greek court ruling.

The Greek court's decision to overturn that ruling has not yet been made public.

"Following intensive follow-up, the Greek Court of Appeals will overturn the initial court ruling on the confiscation of Iranian oil and ... the entire oil shipment will be returned," Ambassador Ahmad Naderi said on the embassy's Twitter account.

The confiscation of the cargo prompted an angry response from Iran, with Iranian forces last month seizing two Greek tankers in the Gulf after Tehran warned it would take "punitive action" against Athens.

President Ebrahim Raisi said on Thursday Iran had shown that it would stand up to "bullies".

"Like bullies, they stole our ship. Iran proved that the era of 'hit and runs' is over, and we seized two of their ships. How many times do you want to test the Iranian nation?," Raisi said in remarks carried by state television.

Asked if the latest judicial decision could open the way for the release of the two Greek tankers and their crews, Greek government spokesperson Giannis Oikonomou said Greek justice was independent.

"First of all, since the first moment, we have not connected the two incidents. The Iranian forces' behaviour over the tankers was totally unjustified and unprovoked. Secondly, justice in our country has proven that it operates independently," he told reporters.

In 2019, Iran seized a British tanker near the Strait of Hormuz two weeks after British forces detained an Iranian tanker near Gibraltar, accusing it of shipping oil to Syria in violation of EU sanctions. Both vessels were later released.

(Reporting by Dubai and Athens newsrooms;Editing by Gareth Jones and David Evans)